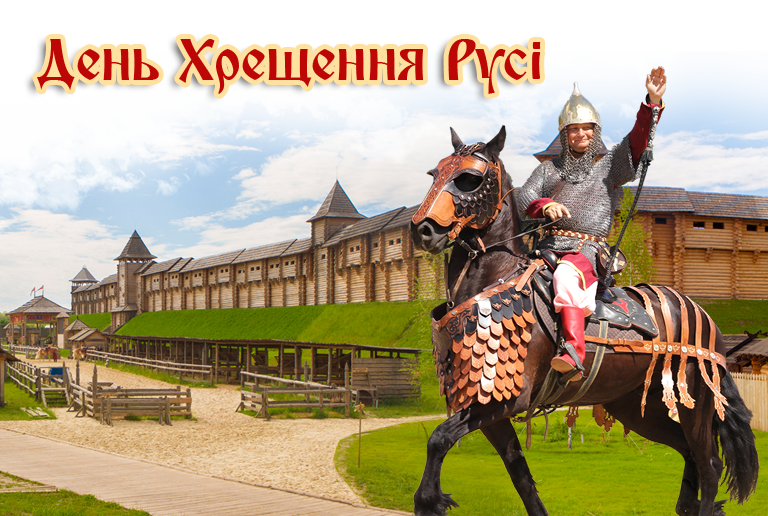 The Day of saint prince Volodymyr 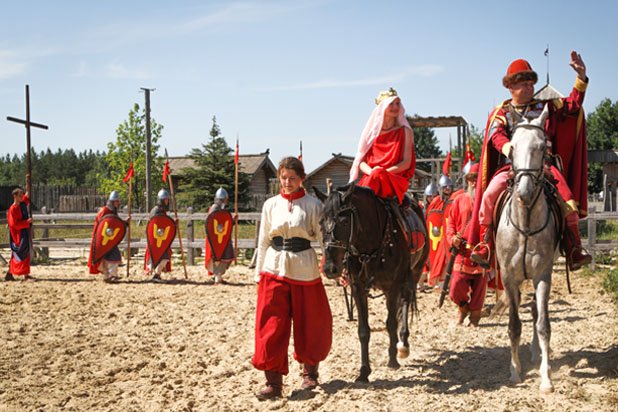 On July, 28, 29, 30, 31 in Ancient Kyiv in the Principality of «Kyivan Rus» an incredibly bright and rich celebration of the Rus Baptism Day, the Day of saint prince Volodymyr will take place. Due to this, the organizers have prepared a special program. Everything will start from the costumed parade of the historical characters who preceded the adoption of Christianity in Rus, and also appeared in the further history of our state. The guests of the holiday will see apostle Andriy, Kyi, Shchek, Khoryv and the sister Lybyd, the Byzantine emperor, princess Olga, Kyrylo and Mefodiy and many other characters. And in the end of the parade the «hero of the occasion» prince Volodymyr the Great himself, on a battle horse will appear in front of the eyes of the cheering guests of Ancient Kyiv.

After this the ancient events related to the adoption of Christianity will be recreated in theatrical productions on the tilting-yard. The scenes from the history of Rus will come to life in front of the guests: Olga`s journey to Constantinople, Volodymyr`s choice of religion, the marriage of the prince with the sister of the Byzantine emperor Anna, the overthrow of pagan idols and others. The guests will travel through centuries and kilometers – from Kyivan Rus to Byzantium, from the XXI century to the Хth.

The tournament of horseback archers and the competition of horse knights will be very spectacular. 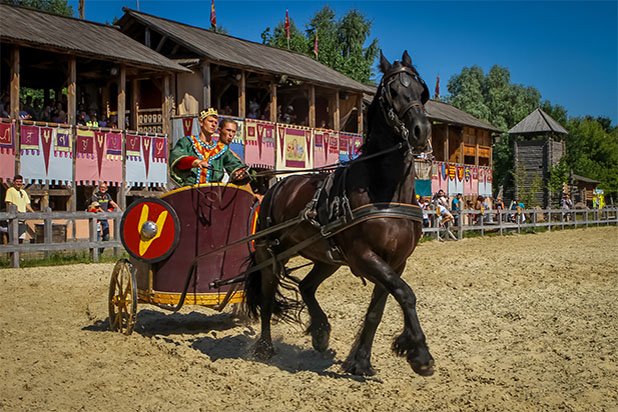 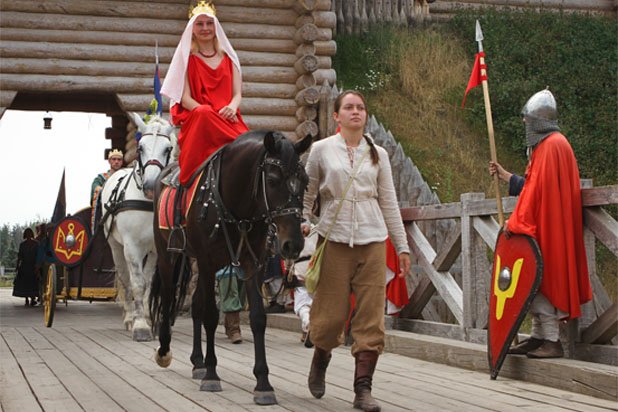 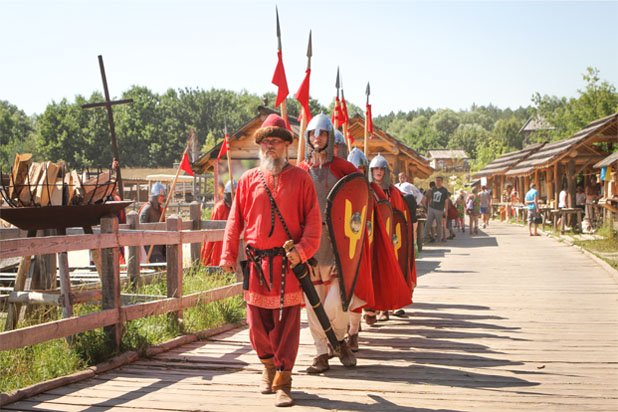 Apart from this, a lot of entertainment will be waiting for the visitors: master-classes on folk crafts, on medieval weapon possession, merry ancient games, fiery Slavic round dances and dance flash mobs. 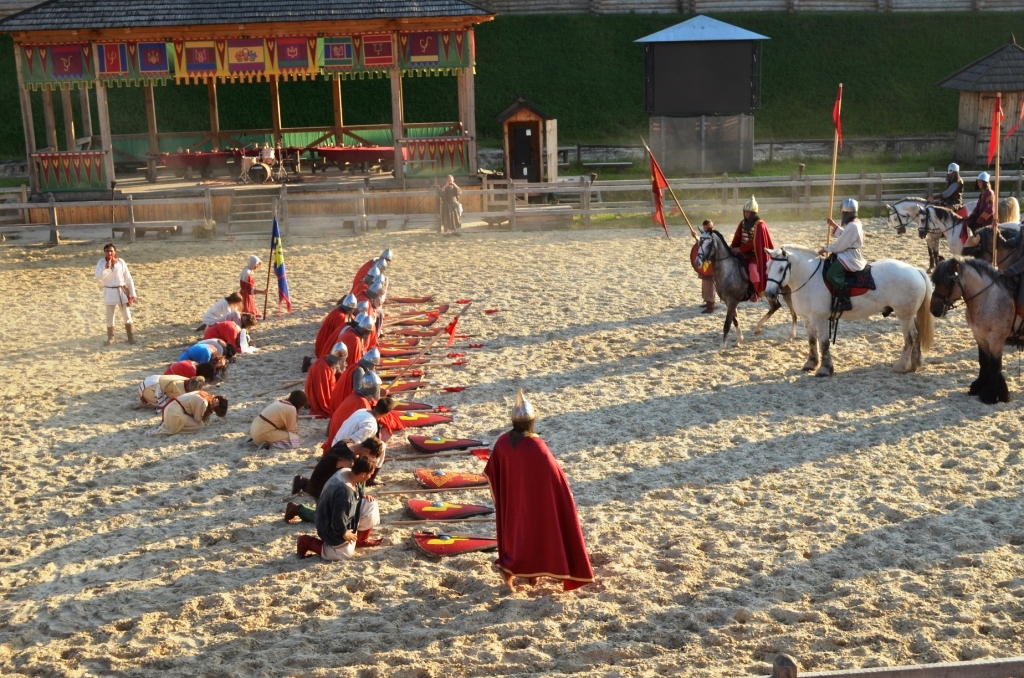 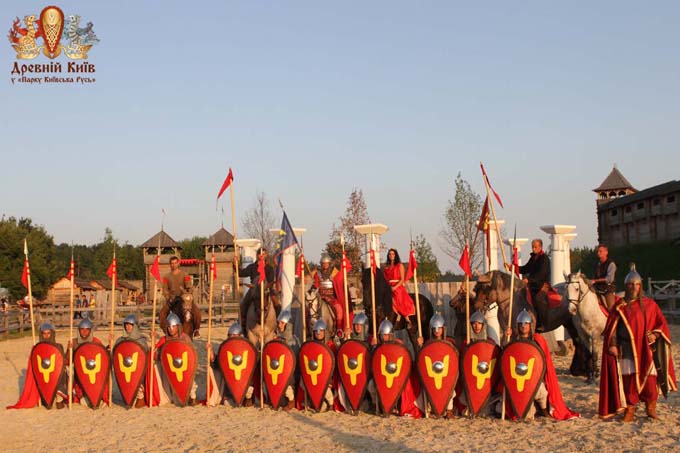 YOU ARE AWAITED BY: 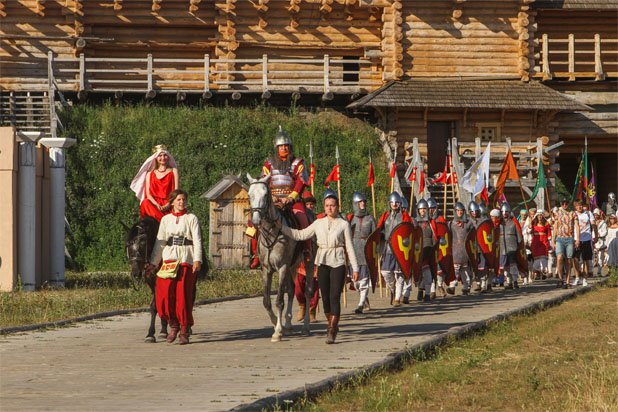 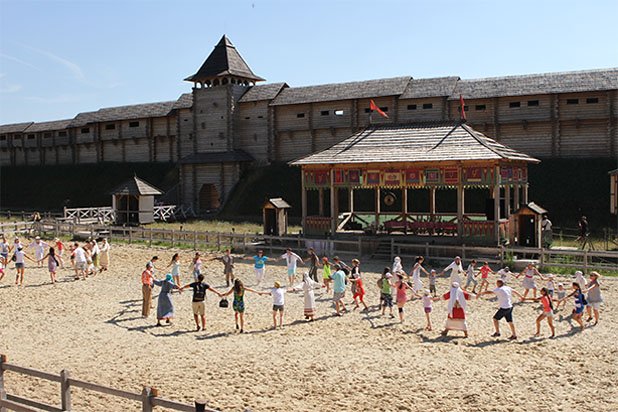 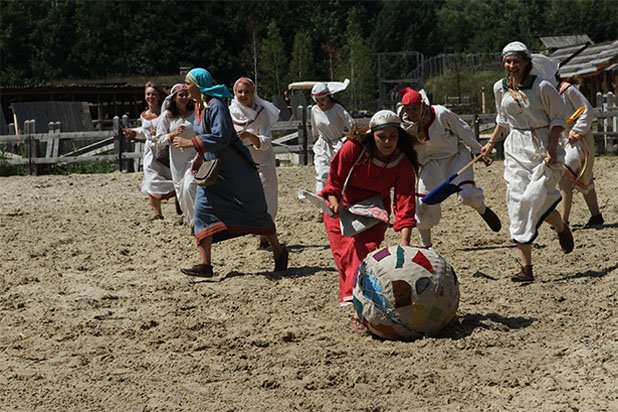 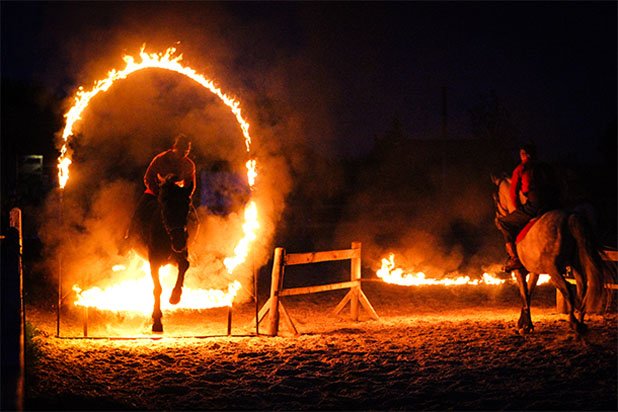 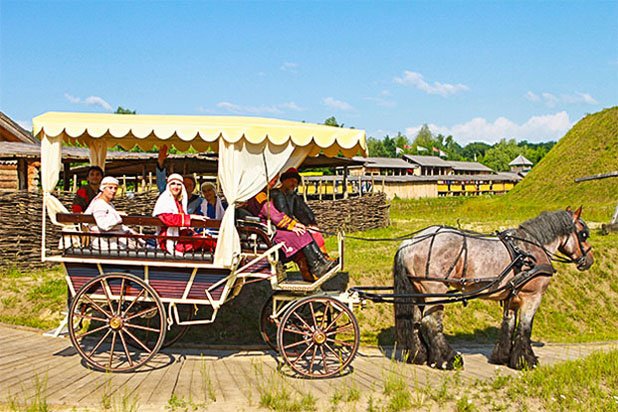 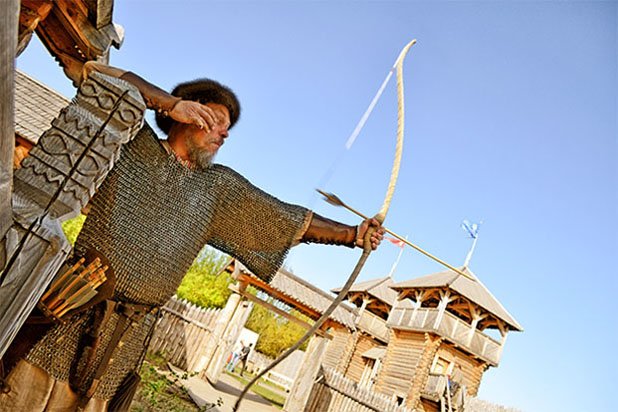 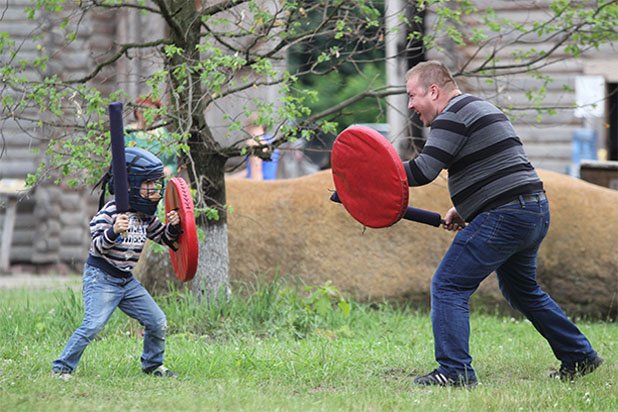 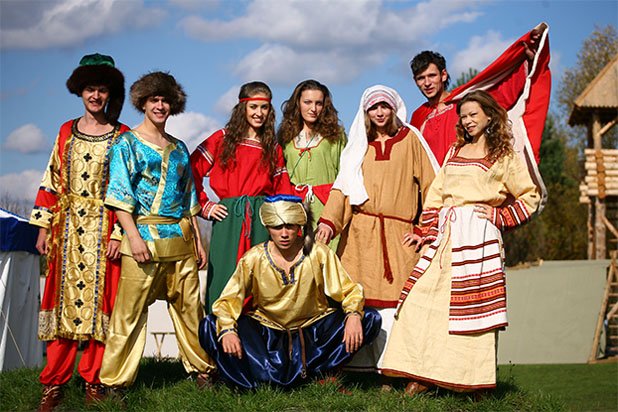 Ancient Kiev is an ideal place to relax with your family, company, with your loved one or alone. Here you will receive a powerful positive charge, you can fully delve into the ancient traditions, feel the energy of the holiday.

Where will it be possible to taste dishes? 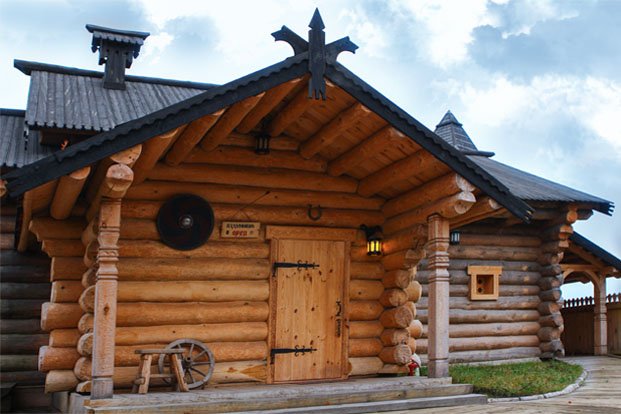 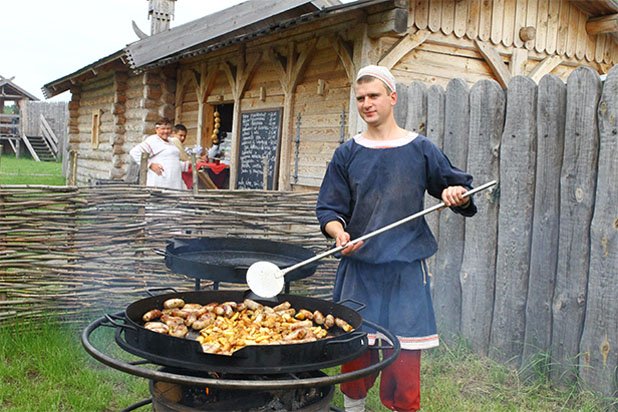 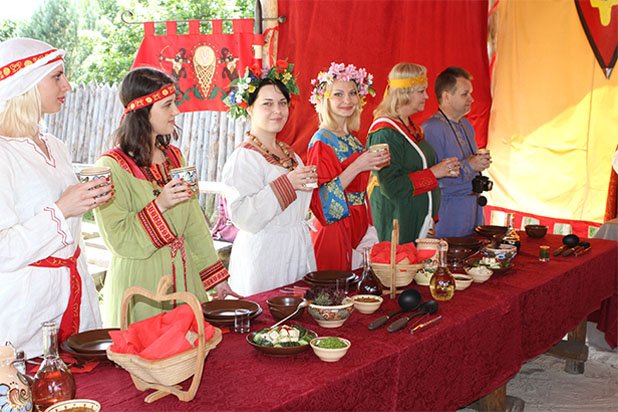 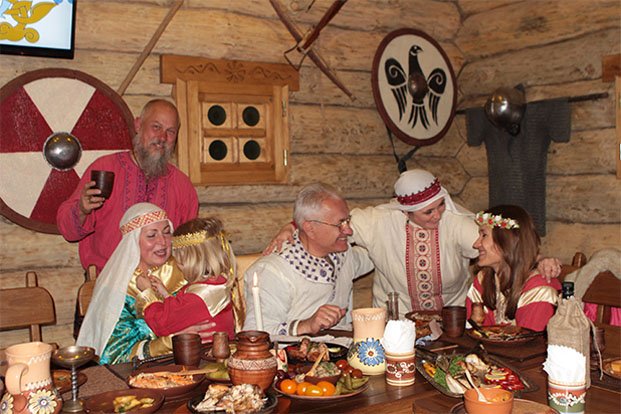 Where to stay for the night? 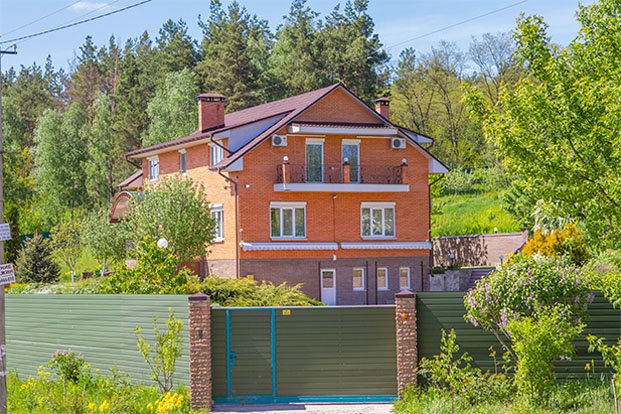 By previous booking you can stay: 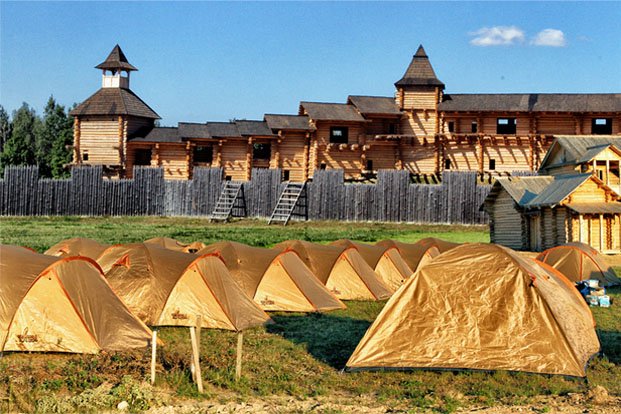 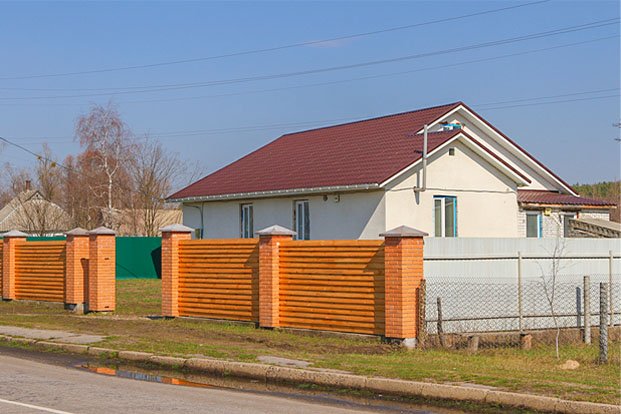 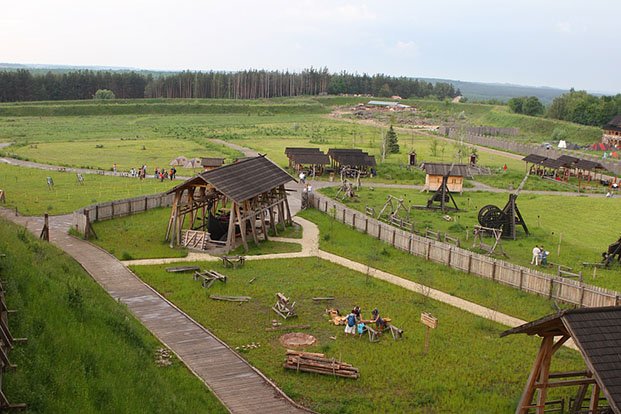 The price of the ticket: 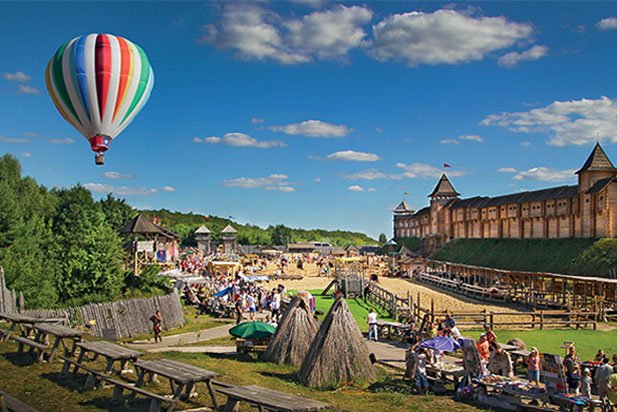 *One entry ticket operates per person for one day of the event!

the dogs must be on a leash and muzzled.

**In connection with unpredictable situations, weather conditions, the administration of the Ancient Kyiv can make changes to the content and timing of the program.

Looking for a place to relax with your company?
The Day of the Baptism of Kyivan Rus is ideal for an active, informative and simply wonderful holiday.

From the Vydybitchi metro station

*Changes possible in the bus schedule.

*Changes possible in the bus schedule.